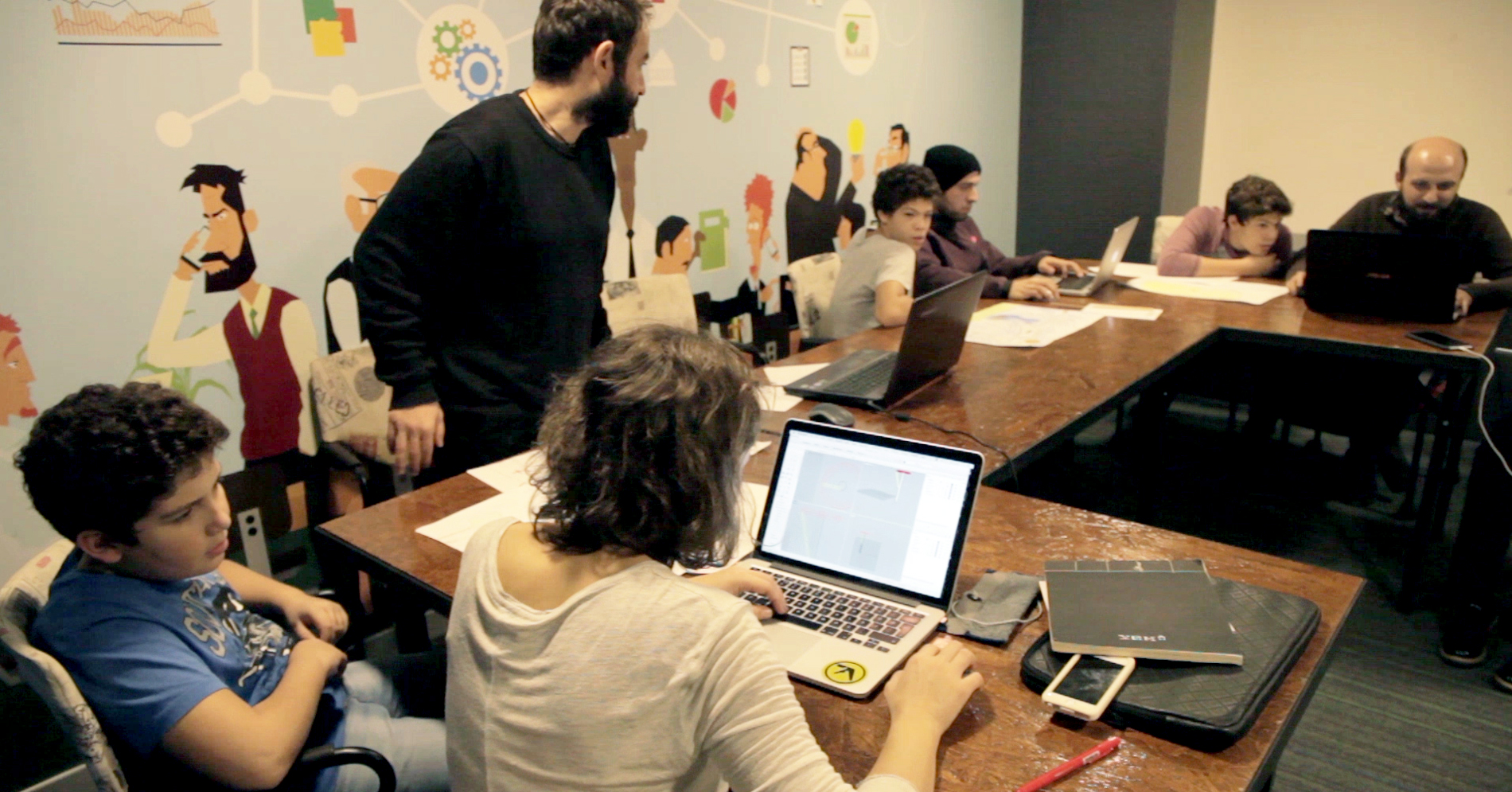 A new phenomena of many self-employed, freelance workers, embracing café's, libraries or part of mutual offices as co-working spaces, if they are not willing to use their own living environment for work, is shaping new forms of work, while the conventional office organizations lose their priority. Not only generic office spaces, but also the way the service sector functions is being transformed, shopping becomes a virtual experience rather than a physical, real-life action, where the shop concept turns into warehouses somewhere outside of the city and most of the related jobs are being automated. As a consequence, the number of casual, physical encounters in the everyday lives are decreasing and the design of virtual experiences becomes more relevant. This transformation affects the meaning and the practice of many professions fundamentally.

“Imaginary Offices” workshop is a one-day exercise, which aims to turn the dreams and expectations of prospective adults into virtual experiences for the festival visitors. Up to 10 participants, designated by invitation or open call, are going to describe their visions for their future work environments. These visions are expected to contain their imaginations of professions and the according physical elements, necessary for these new practices.

Which new technologies have become part of the new generation's everyday lives? How accessible are the new tools for the members of the 8-15 age group? How much of the new means of technology are they only aware of and which ones are they actively benefiting from? Do they participate in the creation of new ones? Do the new tools affect their future visions and their visions for their future occupations? What are the components of the new environments they imagine?

The project team, equipped with skills from the fields of architecture, programming and visual communication design, will try to mediate between the young adults and the visitors by creating spatial representations of these abstract visions. A group of agents, consisting of undergraduate students of architecture and design will help the team, working together with the participants. The final outcome of this collaboration will be a three dimensional spatial experience, a combination of diverse representation techniques, such as two dimensional free hand drawings, pictures of physical models, 3D models.